Once upon a time, I used to just think bad people were few and far between and the underworld was really just a knicker factory on Coronation Street. I also used to think that trolls were mythical creatures that lived underneath a bridge… Flash forward to 2019 and instead you’ll find them lurking behind a computer screen ready to catch you at your lowest ebb or just simply if you’d made an accidental spelling mistake.

I was reluctant to write about these subjects, I wanted to keep my site a somewhat happy place, somewhere where you don’t need to face the overwhelming sense of continuous bad stuff that happens every single day around the globe and have it shoved in your face on another website and media platform. You see, you’re probably wondering why I’ve decided to come on here and actually write something quite serious for a change. In Britain there will be a general election happening today and UK politics, brexit, and how much of a walking poop mountain Boris Johnson actually is something that the majority of the UK are completely sick and tired of seeing everywhere and hearing about. I’m not the most clued up on politics, the government or parliament etc but I’ve been making much more of a concerted effort in recent months to try and understand what exactly is going on in the news.

Ask me anything you’d like about pop culture or get me to quote an outdated vine from 2009 and I can do that no problem but ask me what really is going to happen to me and my generation, whether we’ll realistically be able to buy our own home, retire at a nice age (without selling all our vital organs or working 18 hours a day 7 days a week to make that all possible) and whether brexit does in fact mean brexit and sadly I fall a bit short.

If you’re reading this in the hopes of having some political review on everything that’s going on in the political climate across the globe, I’m afraid you’ve come to the place. I don’t really know all the ins and outs of it all and to be quite honest I don’t think I ever really will.

What I do know is that I am completely and utterly fed up of rich, posh white boys running the world. I’m fed up of people who don’t care about regular, averages Joe’s (and Josephine’s..) like you and me but loosely pretending that they do. I’m fed up of these carbon copies of each other employing their other posh, rich friends.

I’m fed up of big media corporations allowing these people to buy their way to the top. I’m fed up of single use plastic straws being extradited to hell because David Attenborough said they’re bad for environment but they’re is literally and metaphorically a whole ocean of single use plastic products out there. I’m fed up of big corporations using the very current trend of coming across as ethical and more green by cutting the use of plastic straws or plastic bags but wrapping everything else in store in…SiNgLe uSe PlAsTiC. I’m fed up of media bias. I’m fed up of such obvious media bias. I’m beyond fed up of seeing and hearing about so many regular, working class people struggling in one of the most progressive countries in the world and no one caring or doing anything to change that matter. I’m fed up of hearing some of the few, regular working class people who actually think and believe that these types of people actually care about them. Spoiler alert they don’t.

I’m sad I live in a world where the big issues that will wreck more havoc on our future, like global warming or that, still in this day and age in 2019, girls will go off on a holiday of a lifetime and might get raped and/or murdered and somehow end up being the one that gets tarnished as if it’s their own fault, aren’t deemed important enough yet.

I don’t know much about stuff, long suffering readers of mine will know this by now, I could ramble on and on about my favourite biscuit for about twenty minutes before realising you didn’t even ask (or care). But this particular political event really bothers me as whichever way it’ll go it’ll affect me and my generation. It’ll affect my future children, grandchildren etc and the lack of forward thinking scares me. It sounds silly and I hope I’m not tempting fate but I really hope I wake up tomorrow morning to utter chaos from the Labour Party. 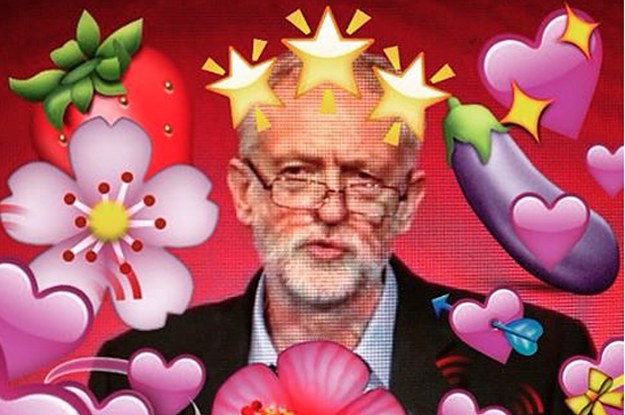 This site uses Akismet to reduce spam. Learn how your comment data is processed.

There was an error retrieving images from Instagram. An attempt will be remade in a few minutes.